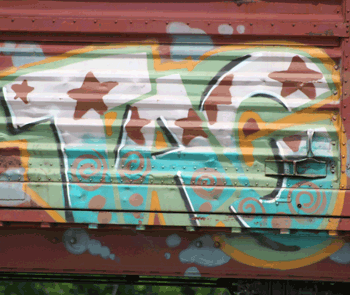 You can’t go to a #marketing workshop anymore without hearing the word “hashtag,” but few new business owners know what a hashtag is, why it exists in social media, or how to use it effectively.

#What Is a Hashtag?

It’s a hyperlink to other similar posts, tweets, and updates.  It works on Twitter, it’s original platform, as well as Facebook, Google+, Instagram, and now Pinterest.  That is the shortest, most basic way to think about them. For example, there are millions of Tweets sent on Twitter daily (Twitter claims about 500 million, in fact), and the search bar can help me navigate to something that might be close to what I want to find, but hashtags will give me a more precise search, and faster.

Let’s try an example.  I love cats – that’s no secret. I could go on Twitter and find #cats all day long, but it’s too overwhelming to think of the number of Tweets and photos I would be bombarded with.  But the top Tweet might have #cats, #kittens, and #mustlovecats all tagged within it.  I could click on #kittens and instantly be taken to a stream/news-feed of cute kitten photos.  It’s a great way to reduce stress for a few minutes.  I might see a Tweet with another hashtag that says #kittycondo and go down another path (I like to think of them as ‘rabbit holes’ because they can take you away and you’ll lose track of time) to look at amazing cat trees for awhile.

But so far, this just sounds useless; millions of Tweets/Updates/Posts/Pictures about cats and kittens is just a barrage of cuteness without a motive.

#Why Do We Use Hashtags?

In my example above, notice how I ended on #kittycondo?  If I were to retail cat furniture, I could use various cat-related hashtags (#mustlovecats, #catlover, #ilovemycat, #cutecats, etc.) in all of my posts along with #kittycondo or #catfurniture.  It would draw people in as they drifted along through social media.  Without even thinking about it, they are suddenly shopping for a new cat tree.  This is just one of the many uses of hashtags, though, and certainly the easiest to start with.  Just remember, don’t use a full list of hashtags every time you post.  More on that in the next section.

One of the best uses for hashtags is to monitor a current event.  Large conferences create unique hashtags each year so that throughout the conference, people can connect with each other to find out what is happening in real-time.  I’m currently at a conference not using a hashtag (*sigh*), but I can use it as an example of how I would have set things up.  It’s a California State Society Daughters of the American Revolution (CSSDAR) Conference.  In fact, it’s the 107th annual one!  Looking around on social media, I can see that #CSSDAR is available, but that would be to talk about the State Society, not just the conference.  I would make it something like #CSSDAR15 (the year is easier to remember that the count of 107, but that’s an option, too).  Then, the hashtag is printed on all conference material and people start to communicate together.  Things like “Don’t miss the President General’s speech in 5 min. at the Vine St. Ballroom. #CSSDAR15,” would help anyone and everyone at the conference connect and find the good stuff.  People use conference hashtags to make new friends, find changes in time or place for speakers, get reminded about important events, and comment on the activities in general.  This is a very common use of hashtasgs.

Businesses can also use hashtags to ask for feedback, create a contest, and build brand awareness.  But beware, hashtags tend to take on a life all their own and while one might start out as a compliment, it may mutate into something awful.  McDonald’s uses the phrase “I’m Lovin’ It,” which leads to #ImLovinIt in social media, but some people use it to mock the company by juxtaposing it with obese or unsightly images.  Others use it to unknowingly promote something off-topic, like a new haircut.  This misuse becomes leads to a very ineffective marketing campaign.

#How To Use Hashtags Effectively